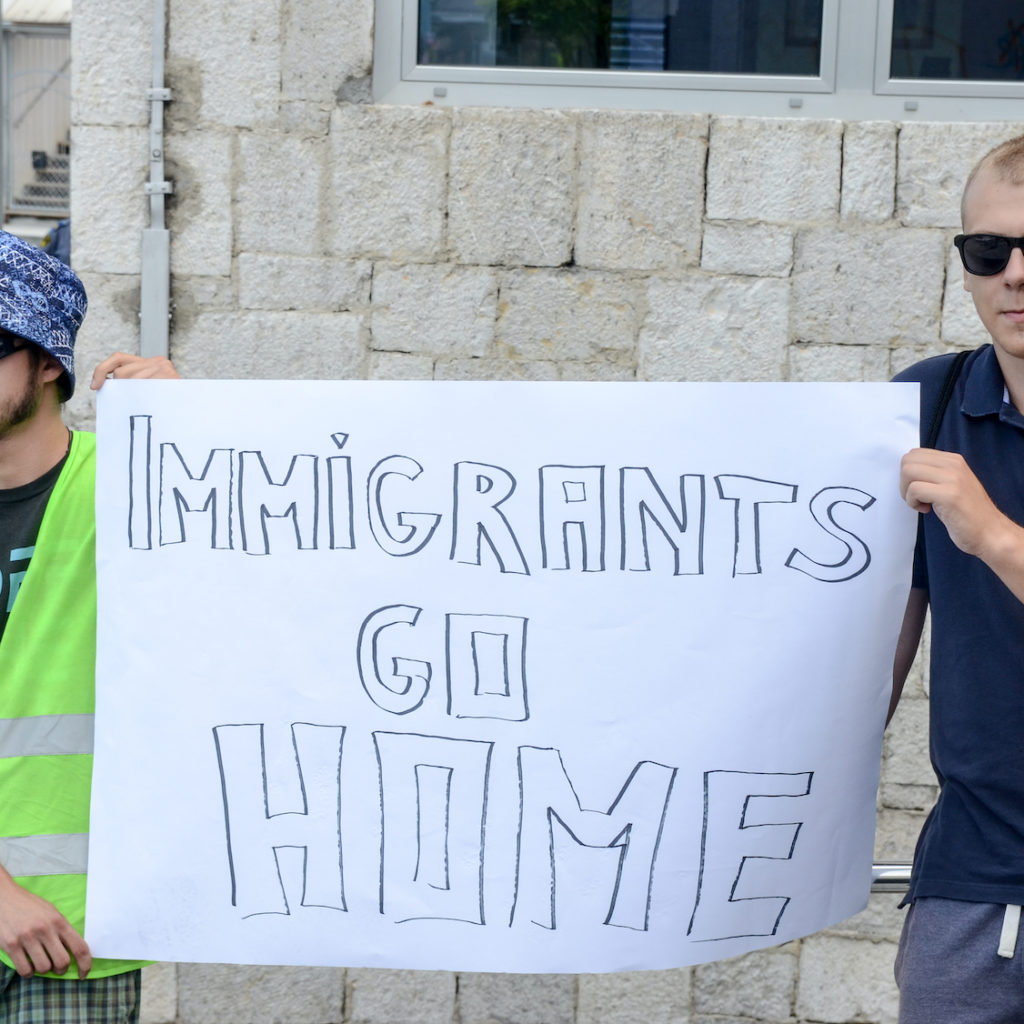 National purity could be associated with “racial purity” which is defined as existing of only one racial background and not being racially mixed. According to an article by Nicky Falkof, the idea of purity suggests that there is an unadulterated, genuine, original race that must be protected. “The unpolluted population must not be infected or otherwise sullied by contact with lesser races. Evocative terminology like bloedvermenging suggests this abomination. The rhetoric of racial purity is full of suggestive terms like illness, weakening and dilution. These imply the medicalization of the nation,” writes Falkof.

Falkof says as an example that disease was a powerful tool in the ideological arsenal of South African segregationists. “The day-to-day bureaucratic implementation of apartheid racial classifications owed more to common sense than to appeals to blood and ancestry,” reminds Folkof and adds “But the mythology of racial difference, if not the methods by which it was implemented, depended on ideas about infection, dirt and the possibility of a pure blood. Those who aren’t defined as white have always been considered ‘ugly’ in the European mindset, which suggests disease and ill health.”

Paul Ratner underlines in an article that despite the science of genetics have been invoked (incorrectly) by the growing white supremacy movement in the US and national purity/racial purity concept in order to justify its ideas about race the American Society of Human Genetics (ASHG) has come out with a statement that declares the concept of “racial purity” meaningless from a scientific standpoint.

As all know that Cas Mudde defines populism as a thin-centered ideology that divides society into two homogeneous and antagonistic groups: “the pure people” on the one side and “the corrupt elite” on the other. According to him, populism is not the only ideology that sets “the people” against “the elite”—the key distinction is morality. Populism is based on morals and that creates a whole different interaction, because if you are “pure” and the other person is “corrupt”, compromise leads to corruption of the pure. Corrupt people are not legitimate opponents, and that is an important difference.

Therefore, according to an article by Iza Ding and Marek Hlavac, voting for right-wing populist parties may be explainedby the activation of moral beliefs about the cultural purity of nationhood that recalls a perceived halcyon era, and the idea that returning to this era can somehow be achieved by preserving the nation’s cultural (and often ethnic) purity— that some academicians call this restorative nationalism… Right-wing populist movements often draw on (and/or manufacture) popular longing to restore a purer, greater past.

To the article, morality is central to populism: populist claims are inevitably Manichean claims that juxtapose a righteous people against an immoral elite. As Robert Jansen eloquently explains: “such a Manichean discourse… emphasizing the immorality of the elite, is instrumental to the rhetorical project of elevating the moral worth of — and collapsing competing distinctions within the category of — ‘the people’”. Moral claims have enormous mobilizational power.

In recent years, write Ding and Hlavac in their article, EU integration has become a convenient moral target of right-wing populists, whose main critique is that liberal elites have sold their national interests to minorities, immigrants, and multinationals. In the aftermath of the Syrian civil war, populist right portrays refugees in Europe as moral intruders. For example, Hungarian Prime Minister Viktor Orbán has called refugees rapists, potential terrorists, job-stealers, and “poison” for the nation. In the face of cultural change, moral, nationalist messages that draw on symbols of historical glory (and trauma) appeal strongly to those who feel their traditional identity is being jeopardized.

Forchtner, B. (2019): Nation, nature, purity: Extreme-right biodiversity in Germany, in: Cultural Imaginaries of the Extreme Right.Special Issue of Patterns of Prejudice, 53(3): 285-301.

Forchtner, B. (2016): Longing for communal purity: countryside, (far-right) nationalism and the (im)possibility of progressive politics of nostalgia, in: C. Kramer and B. Weicht (eds). The Communalities of Global Crises. Basingstoke: Palgrave. 271-295.