Prof. Kurt Weyland: Elections in Turkey are held but manipulated

The Turkish regime is competitive-authoritarian a la Levitsky and Way (2010, Cambridge UP). Elections are held but manipulated, with massive government overspending and a great deal of pressure on the opposition (e.g., the Kurdish party, the HDP). So, the electoral playing field is unfairly skewed. Nevertheless, opposition forces do have a chance to win, as in 2019 in Istanbul.

Professor Kurt Weyland from the University of Texas at Austin argues that Recep Tayyip Erdogan has destroyed democracy in Turkey and adds that although elections in Turkey are held, they are manipulated to a large extent. He argues that Turkey is now a “competitive-authoritarian” regime. In an exclusive interview with the ECPS, Prof. Weyland says the electoral playing field is unfairly skewed but draws attention to the opposition’s electoral victory in Istanbul at the 2019 local elections.

The following are excerpts from the interview lightly edited for clarity and length.

You think former US President Donald Trump’s threat to American democracy is overestimated. Can you explain why?

Trump certainly intended to concentrate power, weaken checks and balances, disadvantage the opposition, and so on. So, he did pose a threat. But as my 2020 article in Perspectives on Politics explains, US democracy is highly resilient, institutions are very firmly rooted, a constitutional transformation was out of the question, and checks and balances (including the federal division of power) “held” to quite some extent, as evident in the independence of the judiciary. Moreover, the US has a strong, vibrant civil society and an independent press, good parts of which constantly monitored and strongly opposed Trump. Therefore, he did not have much of a chance to succeed in his undemocratic efforts.

Trump could not impose his populist system but has democracy in the United States emerged intact from the challenge of Trump’s populism? Has Trump left lasting scars on US democracy?

Trump has exacerbated the partisan polarization that has plagued US democracy for many years and has further deepened the hostility between different political forces, especially Democrats vs. Republicans. Moreover, Trump has sown doubt about “the truth” in many Republicans’ minds and thus helped to weaken the public sphere, civic debate, and political pluralism. So, Trump has done some damage to US democracy.

Why do you think the argument that advanced democracies are vulnerable to populism is exaggerated?

Note that populist leaders who have governed in advanced democracies (e.g., Berlusconi and Trump) have done no significant damage to democracy. Note also that even during the turbulent, crisis-wracked interwar years, democracy in advanced countries (Northwestern Europe) survived, as Cornell, Moller, and Skaaning highlight in their 2020 Oxford University Press book.

For democracies to succumb to populism, you argue that a second precondition is necessary, which is either to experience some kind of acute crisis or be blessed by huge hydrocarbon windfalls. However, in Turkey, the second precondition has not been met. How do you explain that Erdogan’s populism has been so successful?

Sure, there was – the fallout of the 2001 economic collapse, which significantly weakened the opposition and helped Erdogan win a clear election victory in 2002.

Trump Has Inadvertently Re-energized US Democracy 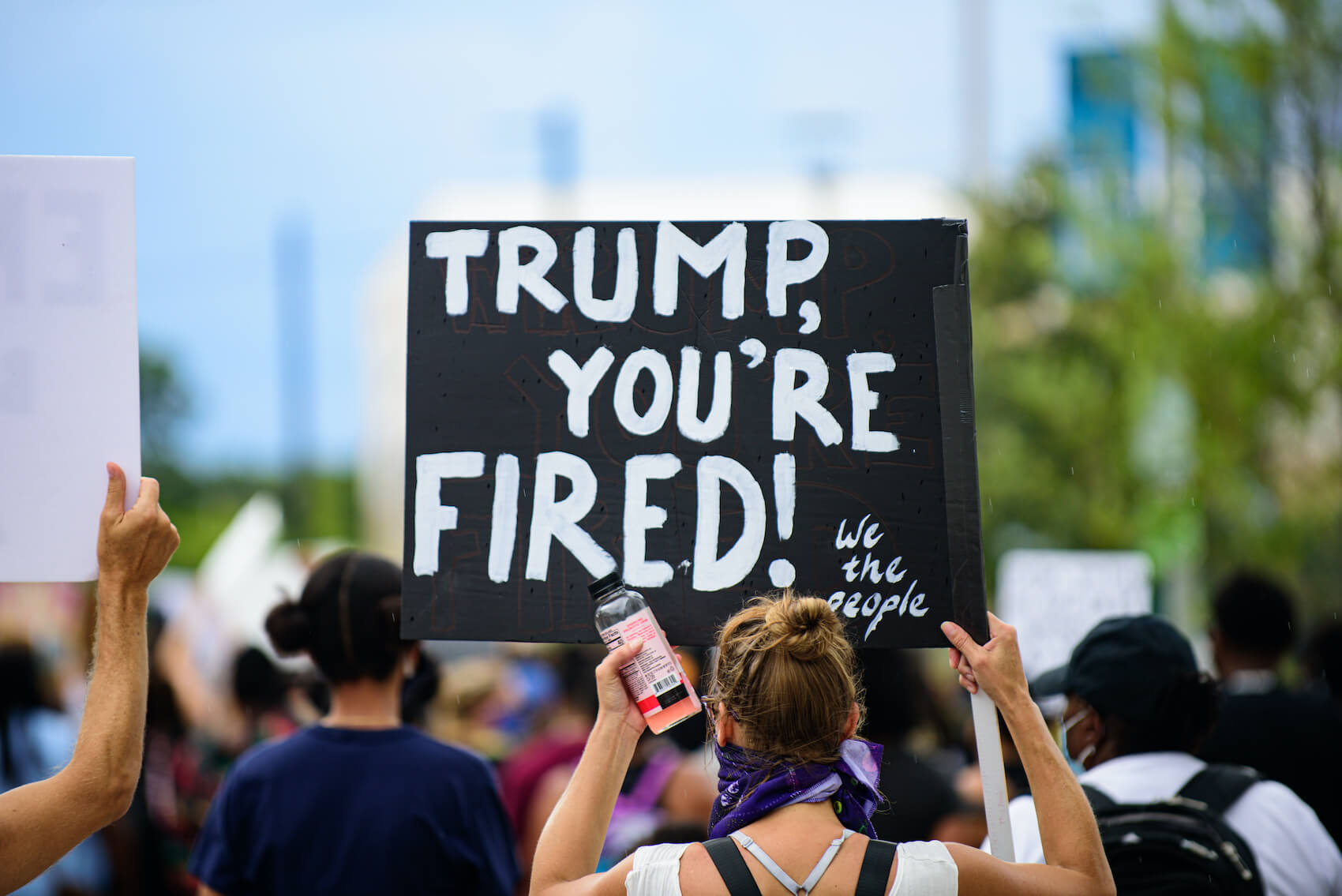 You argue that President Trump’s populism could inadvertently spark a revival of American democracy. Could you expand on this a little?

I cover much of this in the last part of my 2020 article. Precisely due to the partisan polarization in the US, Trump’s problematic machinations prompted a strong reaction—a lot of anti-populist, anti-Trump energy—from many sectors of civil society and, of course, the Democratic Party. And because of the institutional strength of US democracy, this energy did not lead to contentious protests, which can be problematic for democracy and can fuel populism by playing into populist leaders’ penchant for confrontation. Instead, this energy was channeled into conventional channels, especially elections. So, in the 2018 midterm and the 2020 presidential elections, voter turnout was significantly higher than in the recent past—and the anti-Trump forces won! Thus, Trump has inadvertently re-energized US democracy and counteracted the tendency toward low electoral participation (in comparison to Europe).

You argue that Erdogan destroyed democracy in Turkey. How do you define Turkey’s political system today?

Competitive-authoritarian a la Levitsky and Way (2010, Cambridge UP). Elections are held but manipulated, with massive government overspending and a great deal of pressure on the opposition (e.g., the Kurdish party, the HDP). So, the electoral playing field is unfairly skewed. Nevertheless, opposition forces do have a chance to win, as in 2019 in Istanbul.

Unlike many colleagues of yours who deal with populism, you started writing on populism in the 1990s. How do you explain this?

The root cause is my old age! At the tail end of my dissertation research in Brazil, I witnessed the electoral campaign and early government of Fernando Collor de Mello (1990–92), who was a right-winger but used a typically populist political strategy to win and exercise power. As a charismatic leader, he appealed directly (without any organized party) to the heterogeneous masses — “the people.” His base came disproportionately from the politically unorganized people in the urban informal sector and the rural poor. Then in government, he constantly invoked his 35 million votes and tried to bypass established parties and civil-society groupings, willfully imposing his projects from the top down.

I then “saw” a similar strategy in Argentina under Carlos Menem (1989–99) and especially Peru under Alberto Fujimori (1990–2000), whose government I followed closely, starting my field research in Peru with a brief visit in 1995 and then an extended stay in 1996. Together with the borderline case of Carlos Salinas de Gortari in Mexico (1988–94), those three leaders inspired my analysis of neopopulism. These were also foreshadowed by Alan Garcia of Peru (1985–90), as analyzed by Cynthia Sanborn in her 1991 Harvard dissertation.

My early writings on neopopulism then gave rise to my conceptual article (2001) on populism as a political strategy. Due to my interest in populism, I also followed the rise of “Bolivarian” populism a la Hugo Chavez. And then, finally, Trump.

Overall, populism has had a long tradition in Latin America that I have followed since taking a graduate seminar on Argentina’s history in the 19th and 20th century in 1984 (!) as an MA student at the University of Texas at Austin. The military regimes of the 1960s and 1970s failed in their efforts to extirpate populism, which made a comeback in Argentina, Brazil, and Peru in the 1980s. Thus, for almost a century now, populism has played a very important role in several Latin American countries, which any student of these countries must recognize.

Political Developments Often Do Not Advance in Linear Trajectories

If populist waves continue, what sort of a US and Europe will we witness in 20–30 years?

That is very difficult to predict! One usually thinks in terms of continuities and ongoing trends, such that things would get worse and worse. There certainly are factors that would point in that direction, such as the continued weakening of “established” party systems, which creates political space for populist leaders. There is also the growing complexity of modern politics, which leaves citizens at a loss and makes them susceptible to the simplistic slogans and appeals of populists. Finally, there are specific issues that populist leaders take advantage of, such as the seemingly growing pressures of international mass migration.

But then, political developments often do not actually advance in linear trajectories. Instead, there can be surprising turnarounds, driven, for example, by processes of learning or other counteracting tendencies. I hope that over time, citizens will learn to “see through” the simplistic slogans, the unproductive resentments, and the facile promises made by populist leaders and won’t “fall for” these kinds of politicians anymore.

Fukuyama predicted the victory of liberal democracy after the Cold War. Instead, we now witness the rise of populism. What went wrong?

First, with his specific claim, namely that all ideological alternatives to liberal democracy had collapsed, Fukuyama was essentially correct. Populism constitutes, in Juan Linz’s term, a vague “mentality,” not a real ideology. And it has no real institutional alternative to democracy, as Marxist communism and fascism did. All that populism proposes is to add a few plebiscitary mechanisms, and of course, to concentrate power in the presidency and to soften or limit institutional checks and balances. At the same time, populists, as we know, sneakily distort that whole framework through overbearing personalistic leadership. But that’s a surreptitious effort, not an institutional project.

Consequently, there is no ideological and institutional alternative to liberal democracy, just as Fukuyama argued. Nobody has come up with another project, vision, or utopia – neither the right nor the left.

But for sure, liberal democracy hasn’t remained as triumphant as it was circa 1990, nor has it flourished, as Fukuyama had hoped. Instead, a deep malaise has set in – not unlike the malaise affecting earlier hopes of liberal progress in the late 19thcentury. This is partly a product of the fact that the ideological alternative to liberal democracy has folded. Ideological projects often look better, find more support, and are more vibrant when they confront dangerous adversaries. Note that in the struggle against an authoritarian regime, liberal democracy looks great. But as soon as the battle is won—authoritarianism is defeated, and democracy established—disenchantment (desencanto in Spanish) usually sets in. This is because democracy is not wonderful, because it involves compromise rather than heroic struggle, and because politicians often pursue particularistic deals rather than programmatic projects.

But there are also deeper, serious structural problems. I believe that one of the most important difficulties arises from the incredible (and growing) complexity of modern politics, which citizens have increasing difficulty grasping. Moreover, all governments have felt compelled to enlist more and more technocrats, who tell citizens and especially their governments what they “can” and “cannot” do. Therefore, governments often diverge from their campaign promises to citizens who want more social benefits and more police in the street, yet lower taxes. How can this circle be squared?

These gaps diminish citizens’ trust in politicians and governments and create space for populists, who irresponsibly promise even more than establishment politicians. And nowadays, can citizens still have the civic competence that democracy presupposes? Do they know how best to advance their own interests, who it is in their best interests to vote for, and which party or leader represents them best?

I think these fundamental structural problems, examined, for example, in Yasha Mounk’s 2018 book, are among the root causes of democracy’s contemporary problems. 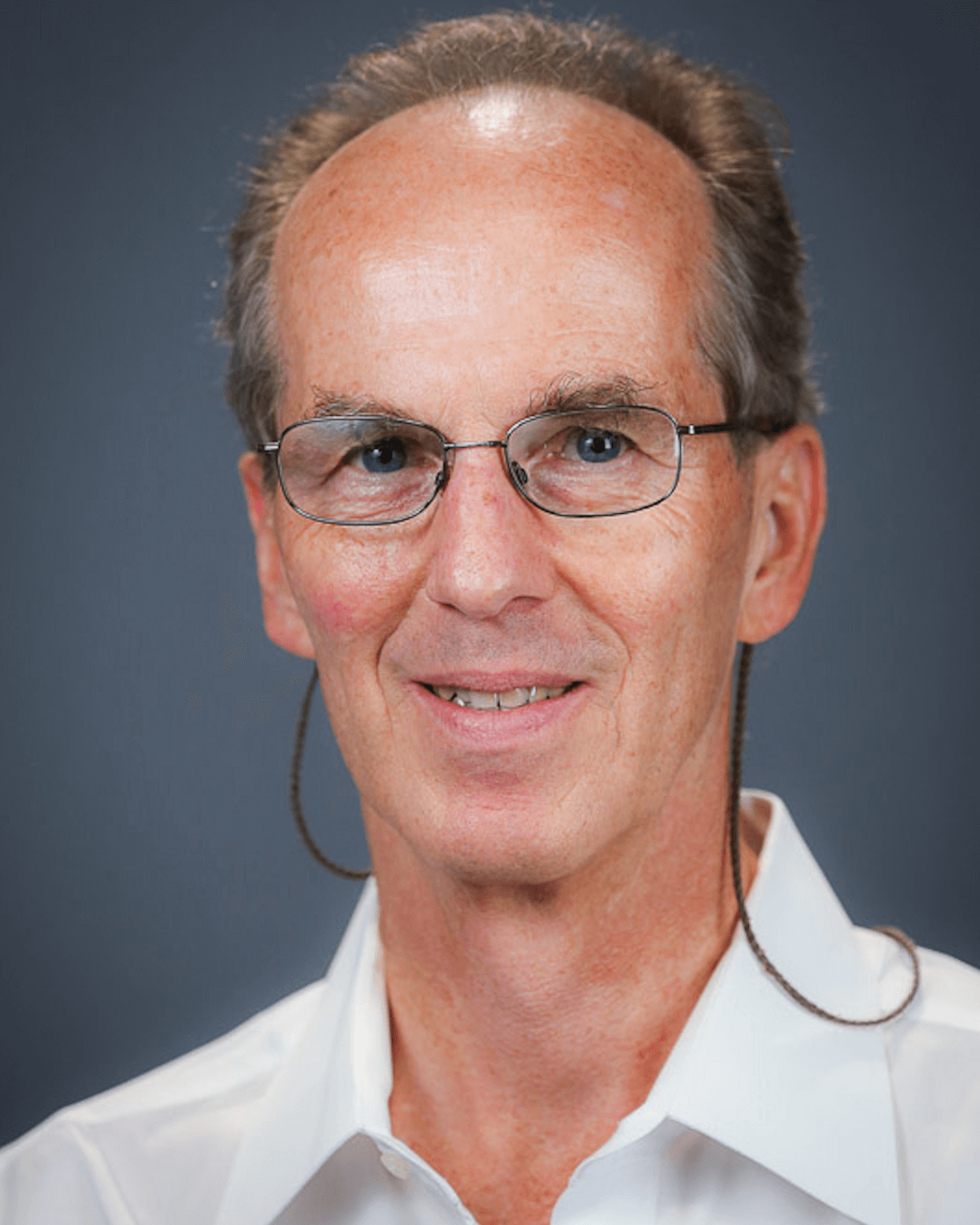 Who Is Kurt Weyland?

Kurt Weyland is a Professor of Political Science at the University of Texas at Austin. Weyland’s research interests focus on democratization and authoritarian rule, social policy and policy diffusion, and on populism in Latin America and Europe. He has drawn on a range of theoretical and methodological approaches, including insights from cognitive psychology. He has done extensive field research in Argentina, Bolivia, Brazil, Chile, Costa Rica, Peru, and Venezuela. After receiving his Ph.D. from Stanford University in 1991, he taught for ten years at Vanderbilt University and joined UT in 2001. From 2001 to 2004, he served as Associate Editor of the Latin American Research Review.