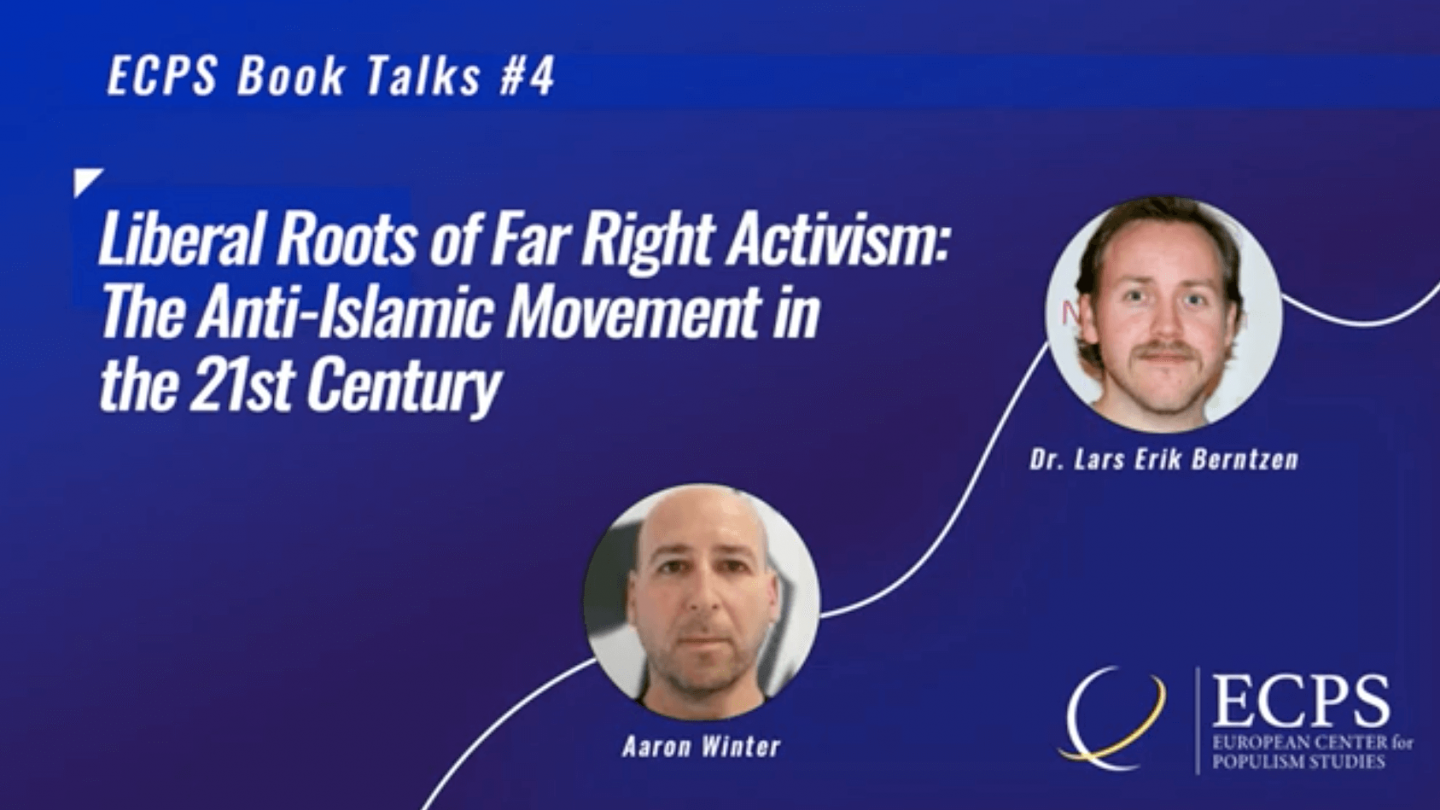 This book explores the anti-Islamic turn and expansion of the far-right in Western Europe, North America and beyond from 2001 and onwards. Driven by terror attacks and other moral shocks, the anti-Islamic cause has undergone four waves of transnational expansion in the period since 2001. The leaders and intellectuals involved have varied backgrounds, many coming from the left, uniting historically opposed sets of values under their banner of a civilizational struggle against Islam.

The findings presented in this book indicate that anti-Islamic initiatives in Western Europe and the United States form a transnational movement and subculture characterized by a fragile balance between liberal and authoritarian values. The author draws on a broad array of data sources and methods, including network analysis and sentiment analysis, to analyze the impact of the anti-Islamic expansion and turn at a macro level, and the theoretical implications for our understanding of the current far right flowing from this. Offering an overview of anti-Islamic activism, the book explores the background of their leaders and ideologues, provides an in-depth look at their ideology, online organizational networks, and the views expressed by their online members as well as which emotions and messages continue to drive their mobilization. 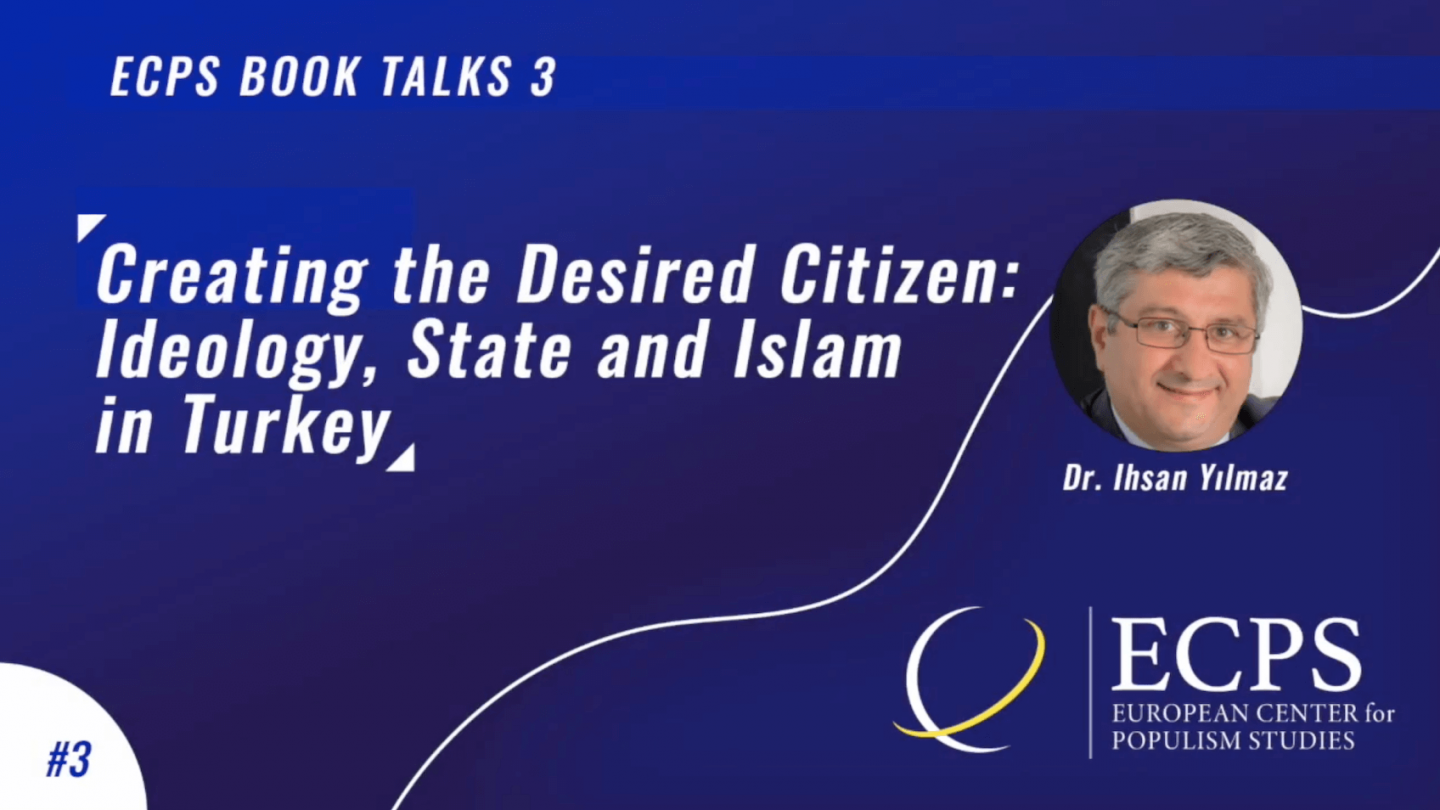 Author Dr. Ihsan Yilmaz discusses his book Creating the Desired Citizen: Ideology, State and Islam in Turkey (Cambridge University Press, 2021). For decades after the declaration of the Republic of Turkey in 1923, the Turkish state promoted the idea of a desired citizen. The Kemalist state treated these citizens as superior, with full rights; but the ‘others’, those outside this desired citizenship, were either tolerated or considered undesirable citizens. And this caused the marginalization of ethnic and religious minorities, religious Muslims and leftists alike. In his book, Dr. Yilmaz shows how historical traumas, victimhood, insecurities, anxieties, fears and siege mentality have negatively impacted on and radicalised the nation-building projects of the two competing hegemonic ideologies/regimes (those of Ataturk and Erdogan) and their treatment of the majority and minority ethnic, religious and political groups. Yilmaz reveals the significant degree of overlap between the desired, undesired citizen and tolerated citizen categories of these two regimes, showing how both regimes aimed to create a perception of a homogenous Turkish nation. 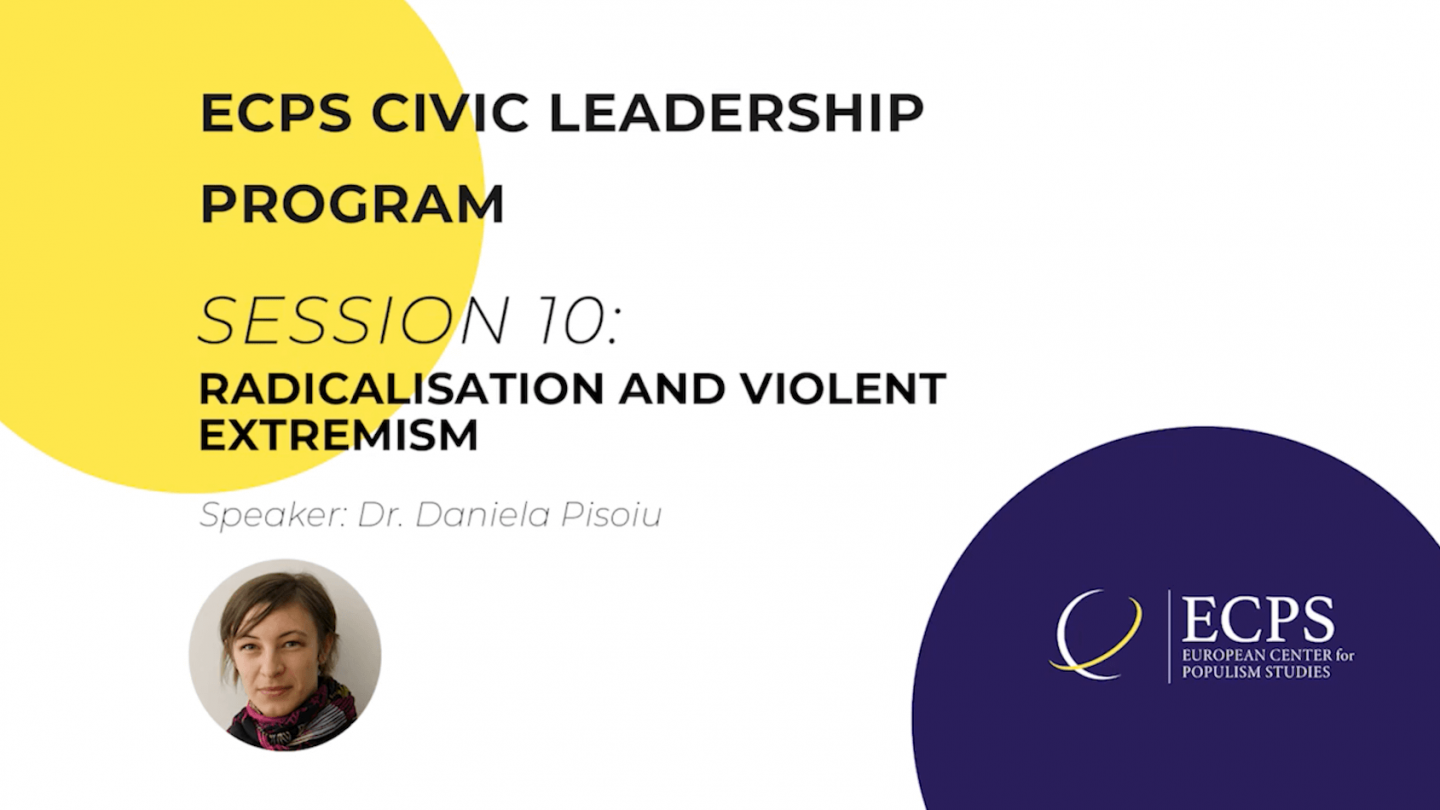 The session introduces the definitions of and differentiation between radicalism, radicalization, extremism and fundamentalism, as well as the main approaches to explaining radicalization processes. Pursuant to this, some recent developments are discussed in terms of their relation to populism and the influence of the pandemic. 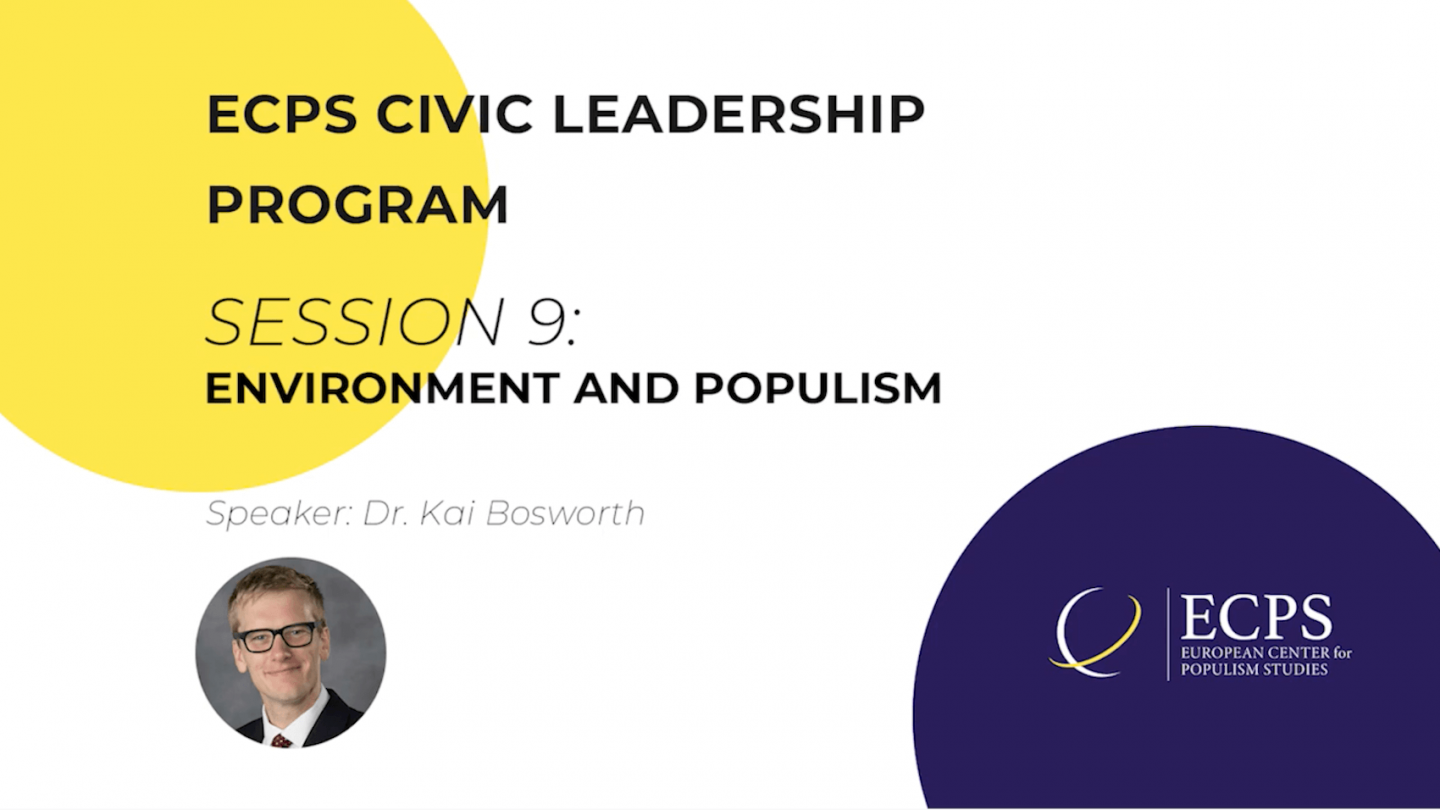 How are scholars considering the relationship between populist social movements and the politics of climate change? What are the terrains and spaces through which populism is performed? This talk and discussion consider historic and emergent forms of “populist environmentalism” from a performative, social movement perspective. The session distinguishes the populist constructions of “the people” that social movements produce from the popular analyses of political scientists of “populist leaders.” Next, it examines case studies of progressive climate and environmental activism which attempts to produce a pluralistic, transnational people. Dr. Bosworth examines the promise and pitfalls of such movements, and how they sometimes understand themselves as “populist.” Finally, he examines why we must understand “populist environmentalisms” in relation to other forms of environmental ideology. 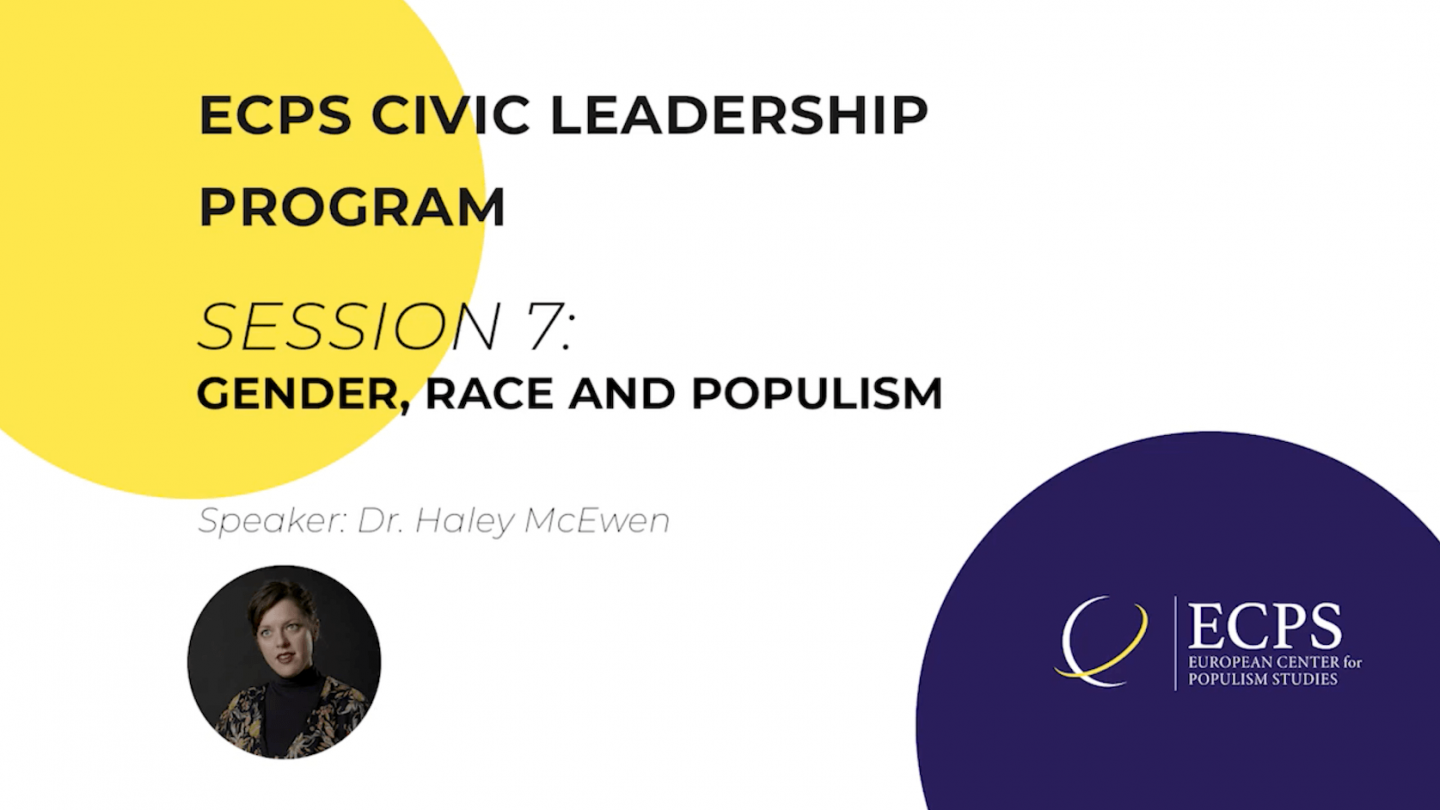 This session will examine the emergence of ‘anti-gender’, or ‘pro-family’ ideology and transnational countermovement building against sexuality and gender-related rights. The lecture will trace the historical emergence of the so-called ‘pro-family’ movement, and show how key concepts and ideologies informing this movement are informed by white supremacist and heteropatriarchal geopolitical interests. The lecture will focus specifically on ‘antigender’/‘ profamily’ activities in African contexts, but will also highlight some of the movements activities at global scales. The lecture will consider the following questions in its interrogation of the intersections of race, gender, sexuality and geo-politics within ‘pro-family’ discourse and ideology: What geo-political interests are at stake within anti-gender/pro-family discourses of ‘gender’ and ‘family’? What does anti-gender/pro-family discourse and ideology reveal about the intersections of white supremacy and heteropatriarchy? How does the ‘profamily’/‘ anti-gender’ movement relate to other right-wing populist movements? 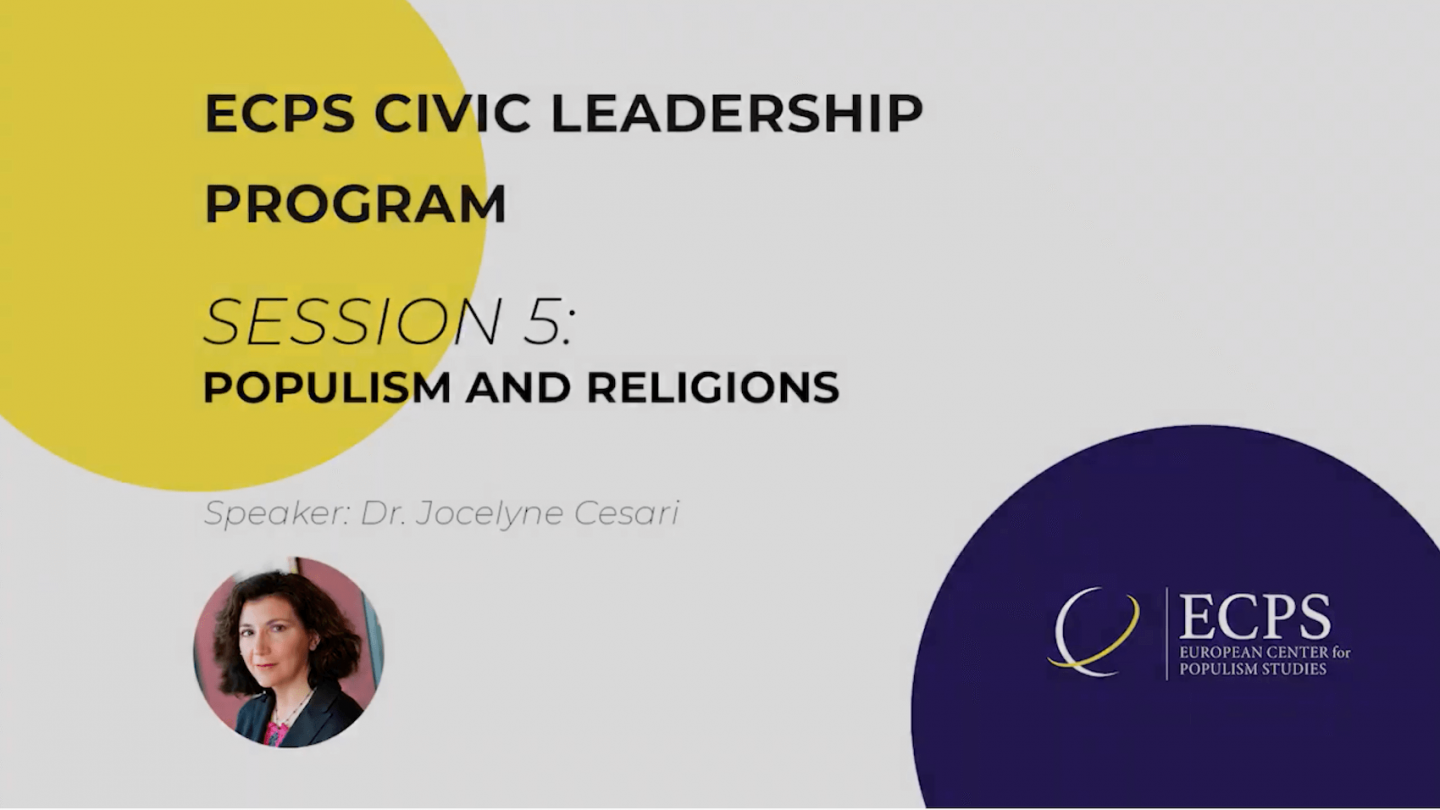 Throughout the January 6th 2021 “Save America” March, also known as the Jericho March, and the ensuing attack on the Capitol, crosses and American flags were brandished side by side and religious slogans were on full display. The attention paid to this “spectacular” religious display by media has highlighted the scarcity of studies on the interactions between religion and populism. This session will offer a comprehensive mode of investigating the interactions between populism, religion and nationalism to foster comparison across countries and religions. It will present findings from an ongoing investigation based on three case studies: Donald Trump, Vladimir Putin and Recep Tayyip Erdogan. 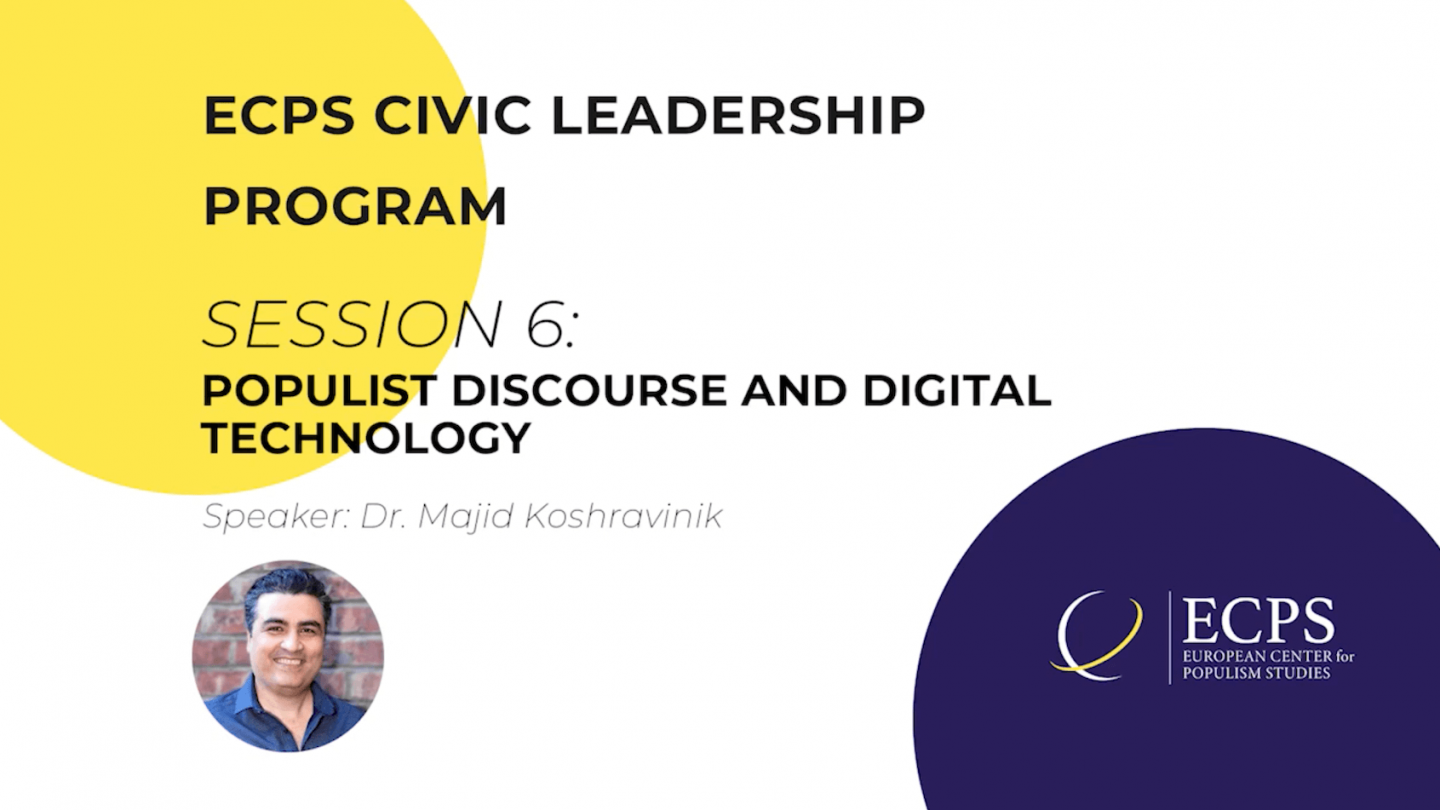 The session starts out by providing a brief overview of notions in critical discourse studies. It elaborates on how discursive power has commonly been envisaged in/behind media and how digital technologies of participatory web may have changed such power dynamic between media and society. The lecture then explains the view in which social media is primarily defined as a paradigm of communication which may occur across endless and various digitally facilitated platforms, spaces, including but not limited to Social Networking Sites. After setting up the parameters for a social media approach to critical discourse studies, the lecture explores how technological context of digital discourse is related to populism. It elaborates on the business model of (production, distribution, and consumption of) online meaning-making content and how the algorithmically regimented values of popularity, attention economy and political expressions can collaborate in re-emergence of populist discourses. 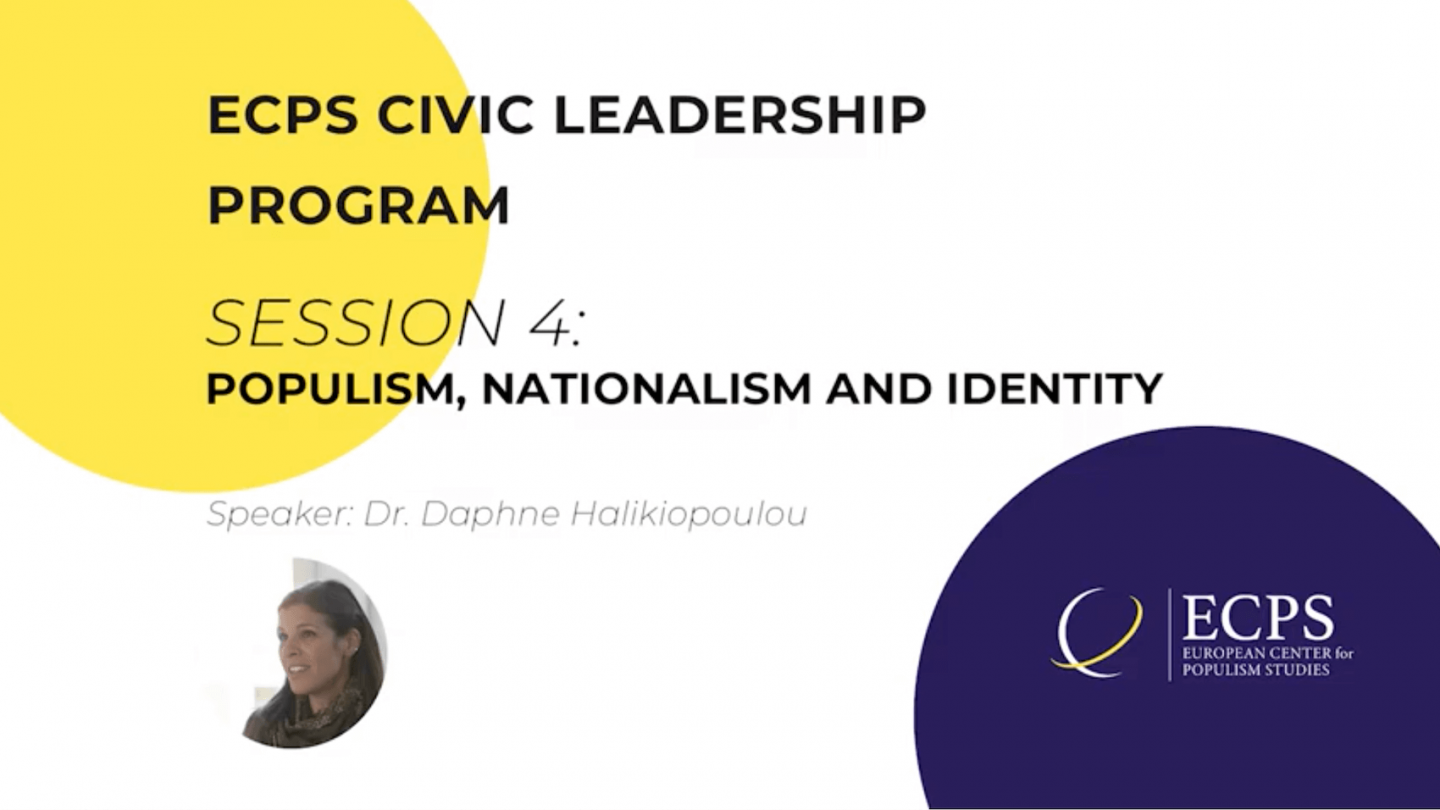 The terms ‘populism’ and ‘nationalism’ are interlinked, often used interchangeably by academics and pundits alike. The ‘new nationalism’ is often used to describe parties and groups that share a common emphasis on national sovereignty and a pledge to restore it in the name of the people. These groups have enjoyed increasing electoral success in recent years, and have become increasingly entrenched in their domestic political arenas. This session will address the dramatic rise (and in some cases decline) of this phenomenon by posing a twofold argument: (1) in terms of demand, nationalism is only a partial explanation, as voters economic concerns remain pivotal within the context of the transnational cleavage; (2) the explanatory power of nationalism is in the supply, i.e. the ways in which parties use nationalism strategically in an attempt to broaden their electoral appeal. 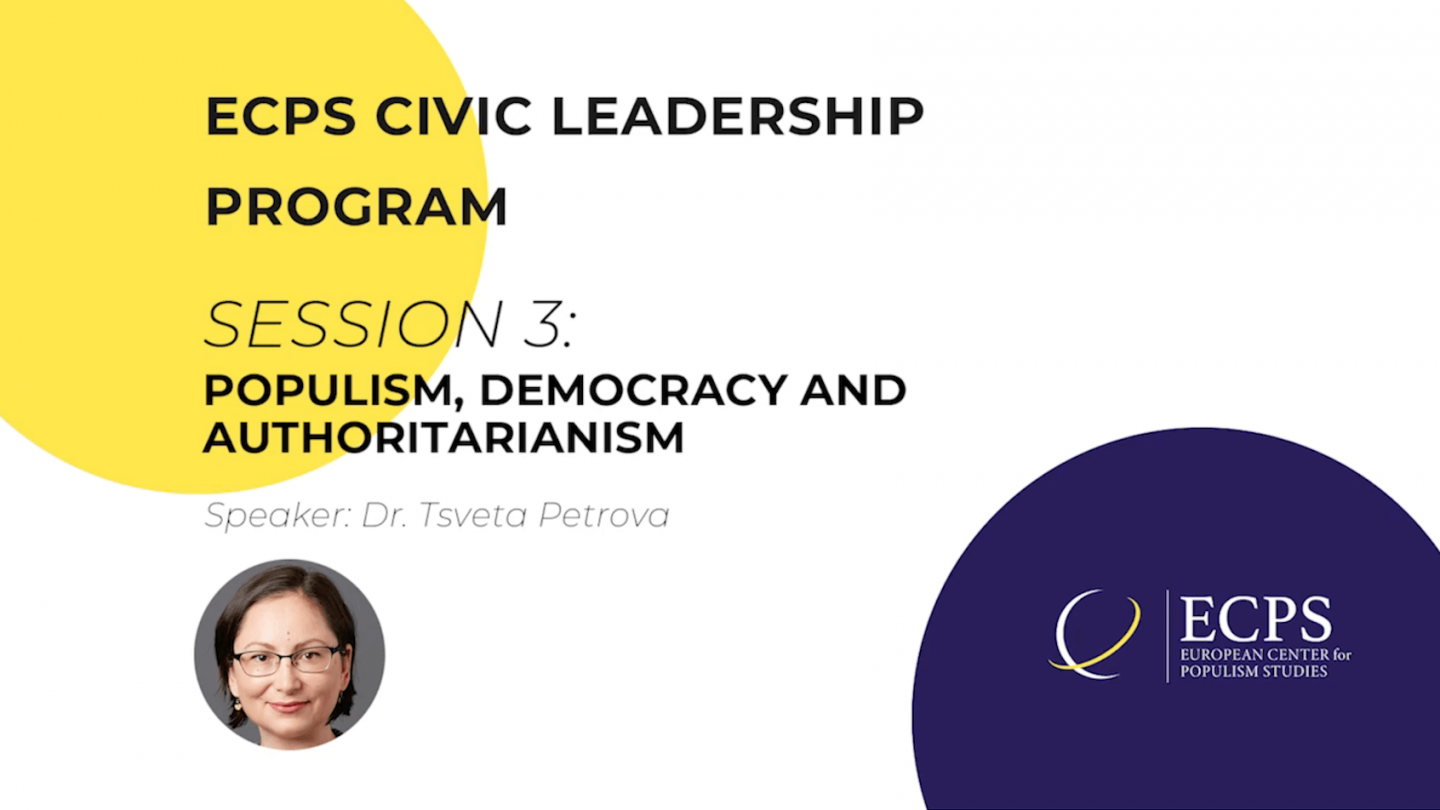 Over the past decade, a number of European populist parties have become increasingly competitive in key votes, and in Eastern Europe, these parties have not only come to power but also remained in office in consecutive elections. This session looks at both the supply and the demand side of the rise and the resilience of populism in the post-communist world and considers both the political and civic embeddedness of populism in the region. 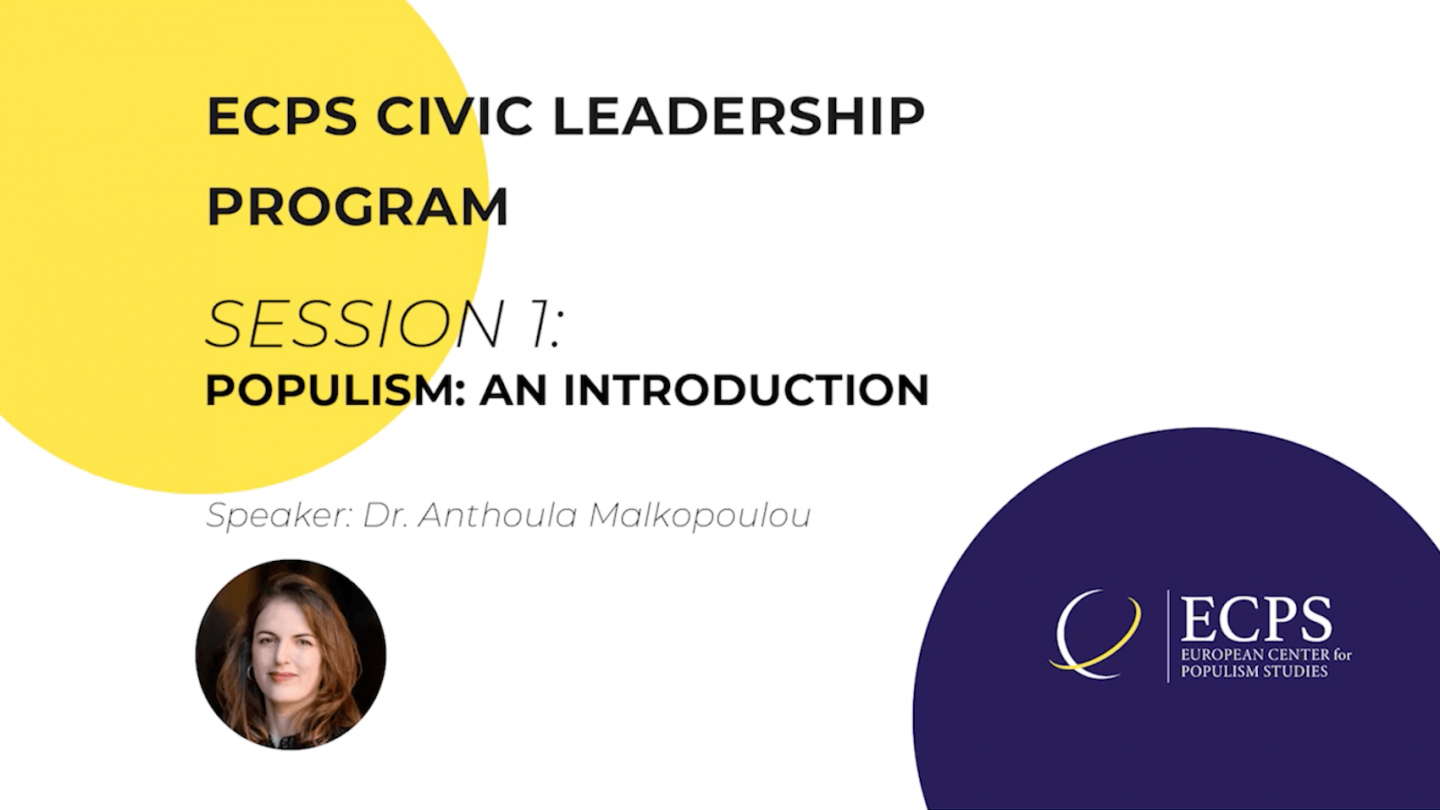 This session introduces the concept of populism by discussing what it is and how it relates to other key political ideologies. It is divided into three parts. First, it presents various definitions, approaches and theories of populism. The second part discusses the connection of populism to nationalism, socialism and liberalism. In the third part, we contemplate the relation of populism to democracy. For more information about the European Center for Populism Studies (ECPS) visit: https://www.populismstudies.org/​ Follow on Social Media https://twitter.com/populismstudies 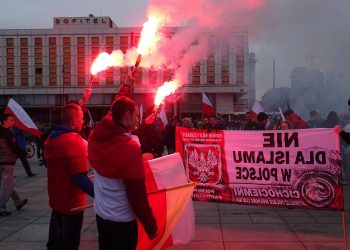